PVP is some of the hardest and most rewarding content in the game at its high levels, but that doesn’t mean it isn’t easy to learn. PVP at its core is about stacking out your opponent without getting stacked out yourself – easy in concept, but against experienced foes it can prove difficult.
We highly recommend you create a baby pure if you’re completely new to PKing – our guide to make this account can be found at here. These extremely low-level accounts risk next to nothing, and are a great start to learning to PK. More experienced players quickly level out of the bracket, leaving only newer PKers for you to fight. This makes it much easier to learn PKing without dying every time you step out.
The risk in this bracket is extremely low, as little at 50k per set. This makes it extremely cheap to learn to PK, you can even turn a good profit once you are proficient. However, if you are confident, you may risk up to 1m in gear – this isn’t recommended if you are very new to PKing, as you are more likely to be focused by experienced PKers if you are risking, and you are also extremely likely to lose your items. Only risk what you’re willing to lose!


This is our recommended setup for beginners.

If you don’t have 70 range, equip Red D’hide chaps instead

This is the advanced setup. Only use this if you’re confident!

The most active honour-pking spot is the grand exchange on PVP worlds – world 560 and world 539. Pures generally fight around the south of GE, and the north of Varrock west bank. It is active at all times, but most active between 8pm – 2am UTC
If you have it, keep protect item on at all times and watch out for rushers. If you are suddenly frozen or hit by a crossbow bolt, teleport straight away to avoid dying to rushers – they are common in this combat bracket, but easy to avoid if you keep an eye out.
Pre-angler before you step out to have the highest HP possible. When you start a fight, pot up and put your prayer on
this is the prayers to use. Switch to ultimate strength when speccing, or camp ultimate strength if you are not confident in switching prayers quickly 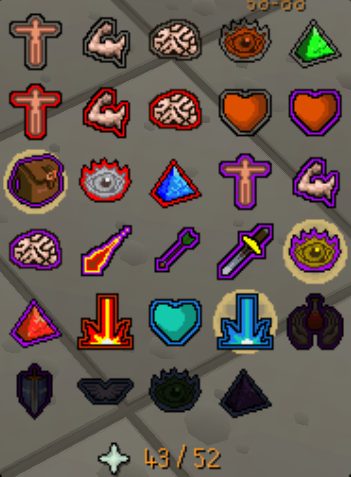 Be very careful of your HP, try and stay around 80% of your max HP the entire fight, making sure to not get yourself “pot stuck”. Eating has a set order – Food, Sarabrew, Karambwan. If you eat out of order, you are delayed by a few ticks until your next eat – this is enough to get you killed! So make sure you eat your shark first, brew second and karambwan last.
If you see your opponent running in to spec, put your phoenix necklace on and eat up! Most players will use and MSB or crossbow into gmaul, meaning the damage will stack in 1 or 2 hits – You need to eat as your opponent hits you to survive, but its always better to eat too early than eat too late

Make sure you keep an eye on your prayer – its better to die and keep your +1, than risk dying and losing it.

To put it as simple as possible, PID determines whose hit registers first. An easy way to see who has pid is to see if your hit registers as your XP drops, or a tick after your XP drops. You want to be speccing on PID and focusing on eating when its not your PID. PID will swap randomly, and if you’re lucky/unlucky it will swap as you or your opponent specs

If you are “pid swapped”, your opponents hits will register on the same tick, and a tick before you are expecting them to – this makes it incredibly difficult if not impossible to out-eat, but they are rare.

After both players have used their special attacks, its time to teleport – there is little point in staying after both have specced / ran out of KO potential, and you’ll just be wasting supplies. Below is a video demonstration on how to use w330 house portals to regen your stats and spec

An organised bank goes a long way in making your inventory quick and easy to manage and refill. I highly recommend keeping your gear and supplies in your first tab, and using your second tab as a loot tab. This way, you can quickly bank without having to search up every single item you need. 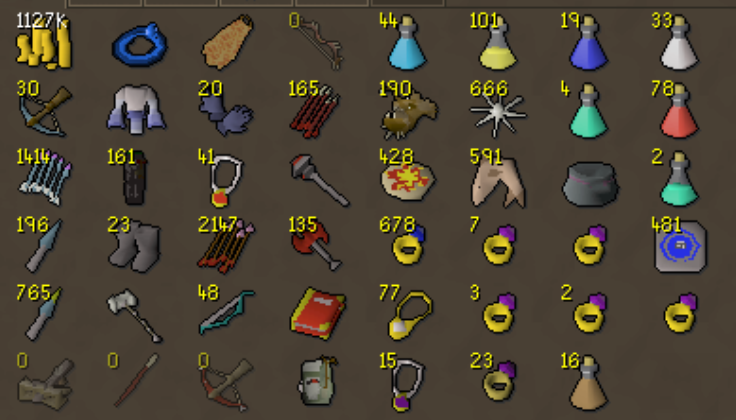 Here comes the fun bit. The granite maul is the best weapon for special attacks in this bracket, with its potential for huge stacks and ease of use. To double spec, either click the spec bar 3 times in 1 tick and then your opponent, or spam click it 4 times in 1 tick to instant-fire it. If you have a secondary weapon, click it as soon as your XP drops to whack after. If not, hold the gmaul to get an extra hit on the end.
My go to strategy is to wait for two big arrows in a row, and then send the spec. This will mean my opponent is on lower HP and eat stuck, so they can’t out eat my stack – as long as I hit


The use of F-Keys are essential for this stack, as well as some quick clicking. Practice doing this in PVM or in the clan wars portal, where there is 0 risk, so you can get the timings right and get into the muscle memory of the action. If you aren’t confident switching prayer along with the spec, prod super strength through the entire fight.
These are the basics of PKing! Although it feels complicated at first, you will quickly learn how to fight and kill your opponents whilst surviving their specs. I recommend to new players to buy 10-30 PK sets, and expect to lose them all whilst learning. The low cost of sets in this bracket make this an easy investment for anyone who wants to learn how to PK. I can make up to 3m an hour PKing on my pure, or over 20m an hour DHing on my main. Once you’re good, PKing is some of the most fun you can have in OSRS, as well as some of the best money outside of ToB! Good luck, and I’ll see you on the PVP worlds!